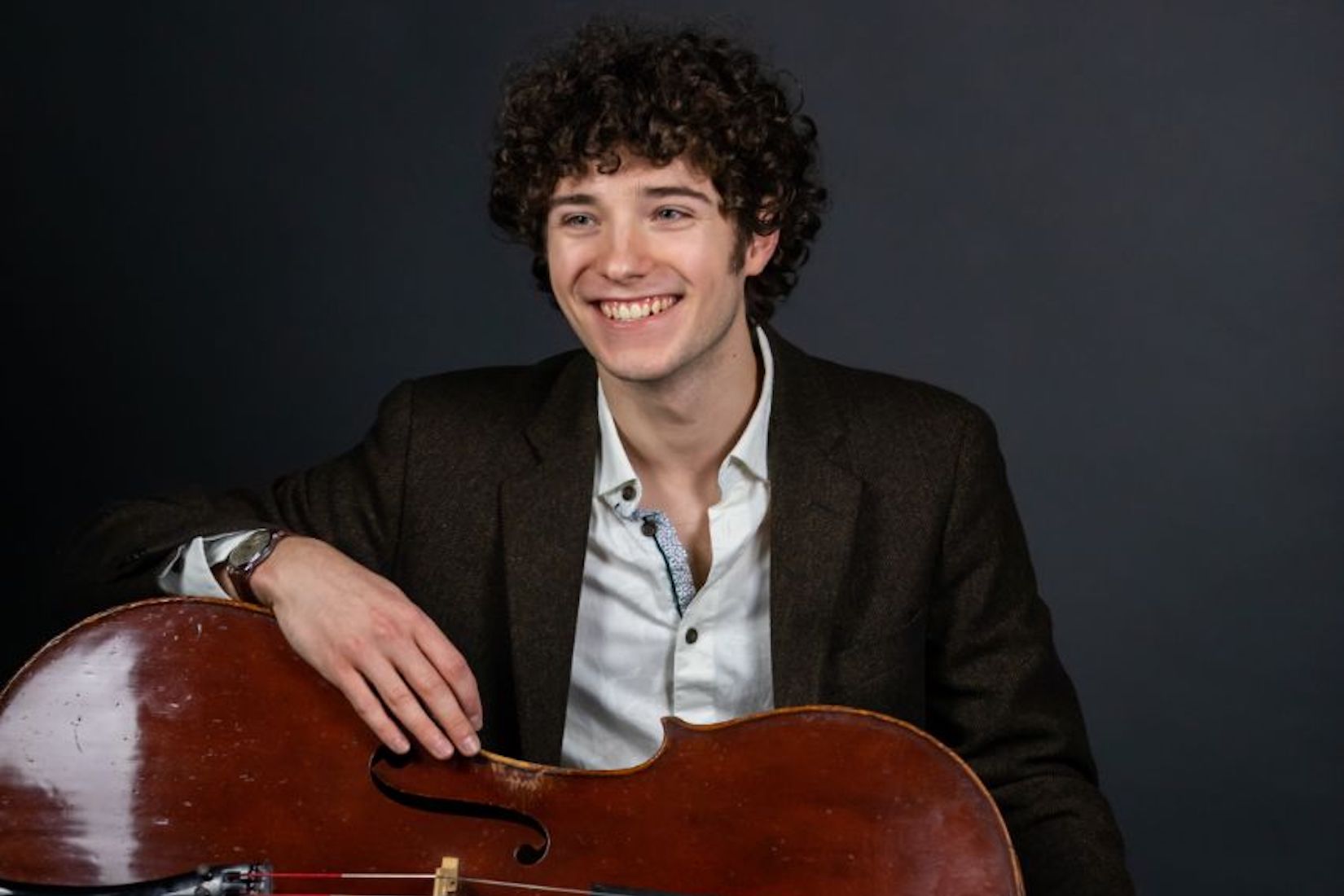 Johannes Gray, born in Chicago (USA) in 1997, is the winner ex aequo of the Pablo Casals International Award for Young Cellists 2018 and states that having received the Award “is a great opportunity to play in new spaces and in front of new audiences”. Also that it is a responsibility, since as winners “we have the commitment to make known the musical and human legacy of Pablo Casals ”.

The cellist is currently studying with Frans Helmerson at the Barenboim-Said Akademie in Berlin and encourages young musicians to apply for the Pablo Casals International Award 2020, because beyond winning the Award, “for the mere fact of having the opportunity to visit the Pau Casals Museum and meet Marta Casals is already worth it”.

What were your first steps in the world of music? Why did you choose the cello as an instrument?

I was born into a musical family, so I was surrounded by music from the moment I was born. When I was a child, my parents played for me CDs of great violinists and cellists. The cellists’ CDs were my favourites. My mother brought me once with her to an instrument shop to buy strings for herself and in the corner of the shop, I saw a little cello that looked to be just my size. I asked if I could try it, and from that moment I knew I wanted to be a cellist. I wished to be just like Yo-Yo Ma, Jacqueline DuPré, and of course Pablo Casals. I was two and a half years old at the time.

What are the centres where you have done your most relevant studies? Who have been your teachers?

I have been fortunate to have had during my entire life fantastic teachers, who have guided me to get where I want to be. I studied with Hans Jorgen Jensen for thirteen years in Chicago. Then, I moved to Paris, where I received my bachelor’s degree at the Conservatoire National Supérieur de Musique et de Danse de Paris with Jérôme Pernoo. Now I study with Frans Helmerson at the Barenboim-Said Akademie in Berlin.

Why did you decide to apply for the Pablo Casals International Award for Young Cellists 2018?

A couple of Spanish friends of mine had told me about the award a couple years ago. When I saw that it was being held again in 2018, I decided to apply. Having such a great admiration for Casals both musically and personally, I thought it would be a great honour to be associated with him in this way.

What has it meant for your artistic career and for your personal development, to participate and to win in the Pablo Casals International Award for Young Cellists 2018?

The concerts that I will perform as a result of the Casals Award have been a steppingstone that have given me exposure playing in new places. As a young musician, it is important that we play as much as we can for as many people as we can. Hopefully, the audiences we play for will connect with what we have to say, which will result in a meaningful career. Having received this award also holds me accountable to emulate Casals morally and musically, in the ways that make him such an influential figure.

Who are your reference cellists? What challenges or goals have you set for your career development?

Although cellists such as Casals, Rostropovich and Mørk of course provide an important reference point for me, much of my musical inspiration comes from non-cellists. For me, it is important to have a view that is not cello-centric but encompassing of music in general. Pianists such as Krystian Zimerman and Ivo Pogorelich, singers such as Dietrich Fischer-Dieskau and Elisabeth Schwarzkopf, and even jazz musicians such as Bill Evans and Johnny Hodges are equally important to me as any cellist.

Why competitions are important in the artistic and professional development of young musicians?

Competitions are opportunities for musical growth. The preparation for each one, the work that comes from the extra motivation brings us to a higher level, no matter the result of the competition. It is an opportunity to show ourselves what we can do, and it is a tangible goal to motivate ourselves to work as hard as possible. The results of competitions are something we cannot take too seriously whether you win or not; music is subjective. If you win, you have to keep working just as hard as—if not even harder than—before. If you do not win, it is just motivation to work harder for the next one!

I had known the story of his life previously but seeing everything in person gave it a tangibility which for me was very powerful. I was very happy to meet Marta Casals Istomin. She was very supportive for all the participants. Her presence was felt deeply, as a direct link to Pablo Casals. I am grateful to have had this opportunity. Even just visiting the Pablo Casals Museum made the trip worth it— the result of the competition was just an added bonus!

What would you highlight about Pablo Casals’ musical and human legacy?

Pablo Casals is a person who went beyond his music and art, striving to make the world a better place for everyone. His example is one that I try to live up to with his moral integrity and humility. When I was younger, I had doubts about becoming a musician because I struggled to see how being a musician could help people in significant ways. It felt like if deciding on this career path is inherently self-serving, since we are following a passion. However, seeing Casals’ life and accomplishments show that is possible not only to be a musician on stage, but also to be an important and influential humanitarian. Once I saw the far-reaching positive impact of his life, I realized that being on stage is only a part of what a musician should do. Not only that, I realized sharing emotions sincerely through music can help individuals and have a real impact on someone’s individual life.

What is the repertoire that interests you the most? Do you have a favourite composer?

I have always felt closest to the Romantic style, although as I continue to grow musically, I have come to appreciate both older and newer music much more. For example, when I was younger, I never felt like I could play or understand Bach’s music as well as I wanted to. In the past few years though, Bach’s compositions have become some of those that I study most passionately and play them happily. I also love many Soviet composers, as their voices are uniquely powerful.

Would you recommend to other young cellists to take part at the Pablo Casals International Award? Why?

I would absolutely recommend every young cellist to take part in the competition. Again, even just to visit the Pablo Casals Museum and to meet Marta Casals Istomin is worth it! Everyone involved with the Award is extremely supportive—the administration, the jury members, the members of the press, the audience members of all ages. It feels special to be part of the legacy of the legendary Pablo Casals.

What music are you listening to during the lock-down? Would you make us some recommendations?

I am listening to a bit of everything! Truls Mørk’s Britten Suites and Prokofiev Sonata. Shostakovich’s Viola Sonata (there is a recording of Daniil Shafran playing it that I enjoy). If you do not know the “Mystery Sonatas” (also known as the Rosary Sonatas) by Heinrich Biber, listen! In jazz, the album “Such Sweet Thunder” by Duke Ellington, the album “Diagnostic” by Ibrahim Maalouf, the album “Waltz for Debby” by Bill Evans.