Pablo Casals (El Vendrell, 1876 – San Juan de Puerto Rico, 1973) was one of the most influential musicians of the 20th century. Cellist, conductor, composer, humanist and staunch fighter for freedom and democracy, his legacy makes him one of the most widely recognised names in music and peace.

At the age of twenty-three he enjoyed success in Paris at the hands of the great conductor Charles Lamoureux, beginning a brilliant career as a soloist that led him to play in the best concert halls in the world. In 1914, with the outbreak of the First World War, he moved to New York where he continued his concert tours.

Find out more
about his career

In 1919 he returned to Barcelona and founded the Pau Casals Orchestra, which he conducted until 1936. With the outbreak of the Spanish Civil War and Franco’s victory in 1939, he fled to Prades, France, where he spent the first years in exile, and from 1957 onwards he lived in San Juan, Puerto Rico, where he died in 1973, at the age of ninety-six. In November 1979, with the return of democratic institutions and in accordance with his wishes, his remains were transferred to the cemetery in his hometown of El Vendrell.

Music is never the same for me, never. Every day there is something new, fantastic and extraordinary. Bach, like nature, is a miracle!
Pablo Casals
Works

Pablo Casals’ musical work and legacy stand testimony to his artistic career spanning almost a century as a performer, conductor, composer and teacher.

Listen to his
discography

As a conductor, Casals mirrored his genius as a cello player. His gestures followed the musical phrasing and had a natural beauty that no school is capable of teaching. His aim went beyond technical perfection and was to communicate the power inherent in the music. In addition to the Orchestra Pau Casals, he conducted several international orchestras. After the Second World War, he regularly conducted at the Prada Festival, Puerto Rico Festival, Marlboro Festival and, from 1962, he conducted his oratorio El Pessebre all over the world.

As a composer, in addition to the oratorio El Pessebre, the Hymn to the United Nations and the cello arrangement of Song of the Birds, he also wrote religious music, lieds, sardanas, chamber music and large-scale compositions.

My contribution to world peace may be small, but I will have given all I can to an ideal I hold sacred.
Pablo Casals
Commitment and struggle for peace

Throughout his life, Pablo Casals placed music at the service of the ideals of peace, justice and freedom. In 1917 he refused to play in Soviet Russia and a few years later, in 1933, he refused to play in Hitler’s Germany. From exile he helped thousands of refugees from the Spanish Civil War and with the Second World War he intensified his commitment and his benefit concerts for the victims. In 1946, he refused to play for the Allied countries because of their tolerance towards General Franco’s regime, and he went into a long musical silence.

In the late 1950s, Pablo Casals broadened the scope of his struggle against Francoism in particular and dictatorships in general to the achievement of world peace. Concern about the nuclear threat at the time of the “cold war” strengthened his hope for and attachment to world governance: the United Nations organisation, to which he was invited, on three occasions. This attitude earned him, among others, the Presidential Medal of Freedom, the United Nations Medal of Peace and a nomination for the Nobel Peace Prize.

Pablo Casals
at the United Nations 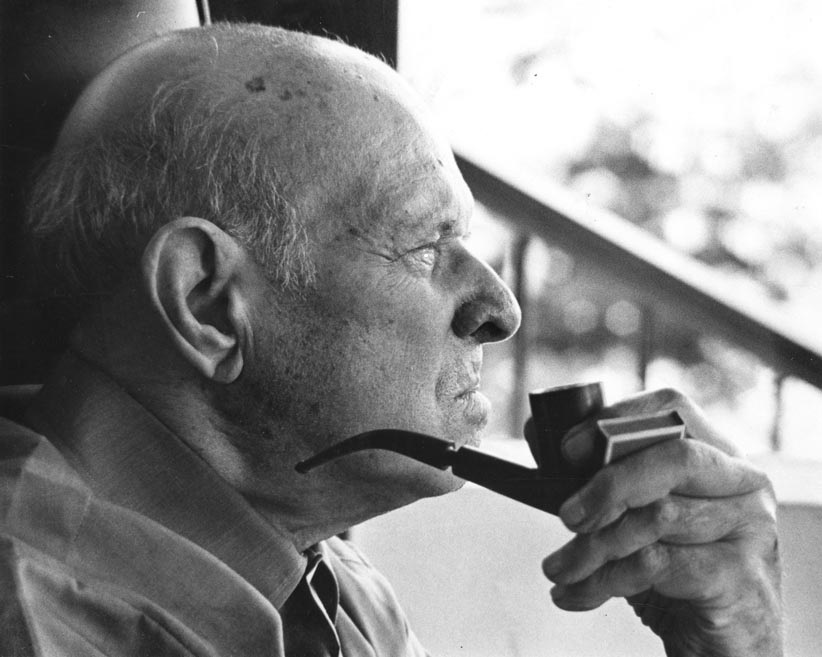 Love for one's own country is natural. But why should we stop at the border? We are all leaves of the same tree, and the tree is humanity.
Pablo Casals
The living legacy

The universal legacy of Pablo Casals is still very current today. The defence of peace, democracy, human rights, tolerance, respect and social commitment are central and extremely topical issues in the world we live in. At the Pau Casals Foundation and the Pau Casals Museum we are working to disseminate his legacy as an inspiring example to help create a peaceful, more sustainable and socially cohesive world.

The name of Pablo Casals is remembered in museums, festivals and auditoriums in Catalonia, France, Germany, the United States, Puerto Rico and Japan, keeping alive the legacy of one of the most important musicians of the 20th century.

Pablo Casals in the
world