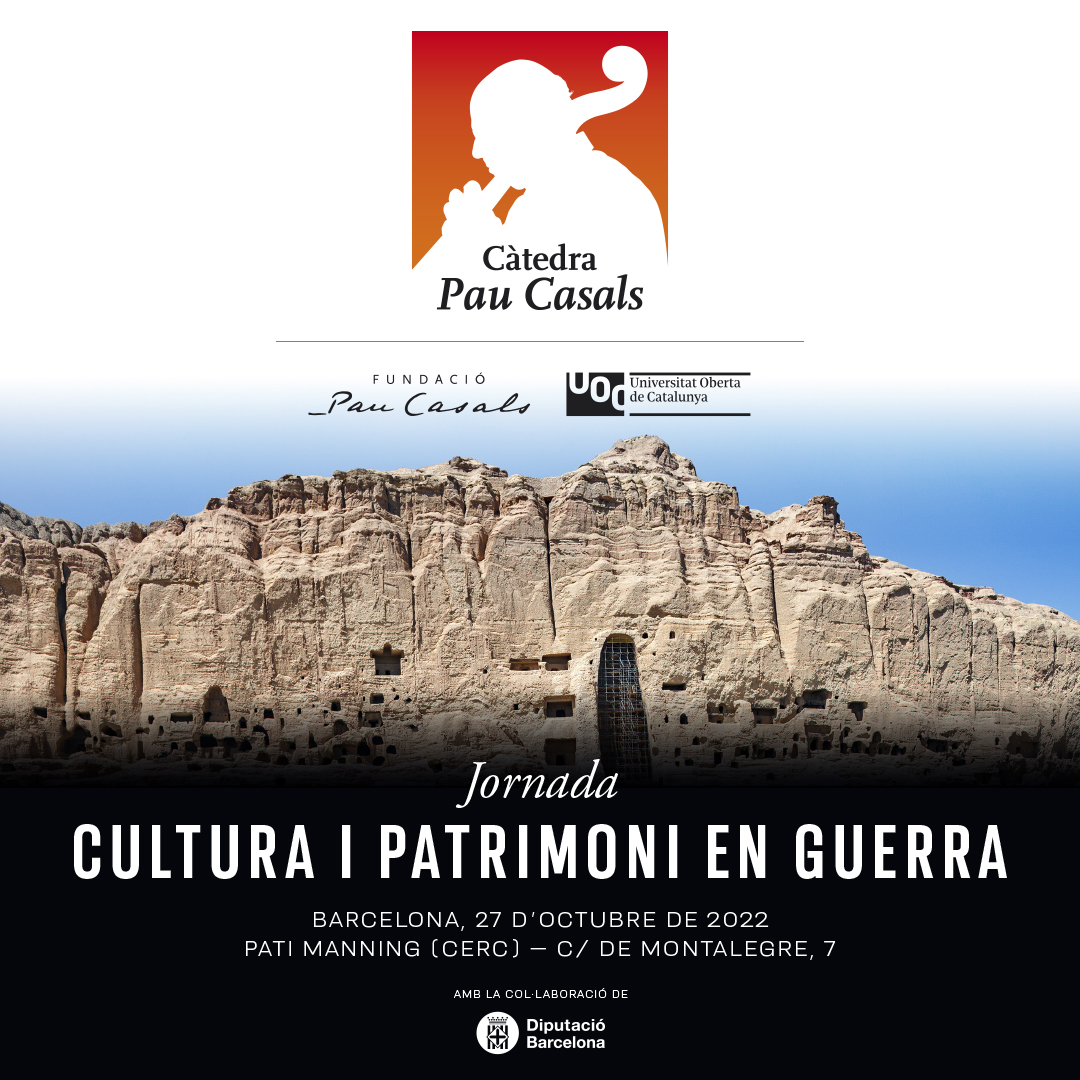 The first conference of the Pau Casals Chair of Music and Defense of Peace and Human Rights will take place next Thursday, October 27th at the Manning Courtyard of the CERC (Barcelona).

The first half of the twentieth century in Europe was characterized by the two great world wars and their effects on the population and a significant destruction of cultural heritage. This context influenced the personal and artistic trajectory of Pablo Casals, who understood that music could not remain on the sidelines of the problems of people and life.

The constitution of the United Nations and multilateralism opened the doors to dialogue between countries to build a better future. The 1954 Convention for the Protection of Cultural Property in the Event of Armed Conflict opened a new stage that, with the support of UNESCO, advanced to consider cultural heritage as an asset of humanity.

Despite this reference in international law, unfortunately, some violations stand out, such as in the Balkan conflict (1991), the Bamiyan Buddhas (2001), the Iraq war (2003) or the Syrian civil war (2011), among other infractions. These events have mobilized global awareness of the need for effective heritage protection in the event of armed conflicts. Led by UNESCO, which at the 2015 Conference reinforced its action in this field with a new strategy of international cooperation between states, to prevent the material destruction and the denunciation of the illegitimate trafficking of works of art.

At present, the war in Ukraine shows us the lack of respect for cultural heritage and infrastructures, which obliges us to update our thinking on the subject and to encourage greater involvement of cultural agents in the protection of world heritage as a sign of solidarity.

Within this framework, this first conference – that will be held on the 27th of October – is convened with the following objectives:

The conference, which will include the participation of several national and international speakers, will begin at 10:00 am and will last until approximately 5:30 pm.